Carina Bruwer has been announced as one of the 2014 World Open Water Swimming Association Woman of the Year nominees.  The Awards, that have been running since 2009, annually honours expectional efforts in the global open water swimming arena, and public voting determines the winners in four categories, namely Man of the Year, Woman of the Year, Performance of the Year and Offering of the Year.

Carina’s nomination is largely based on her Swim for Hope project, through which she swims and arranges fundraising swims for the benefit of the Little Fighters Cancer Trust.  Another South African, Otto Thaning, is amongst the 12 nominees for Man of the Year, for his record breaking Enlish Channel swim at the age of 73.

Voting can be done online on www.worldopenwaterswimmingassociation.com until 31 January 2014; and all results will be announced on the Daily News of Open Water Swimming on 1 January 2015. 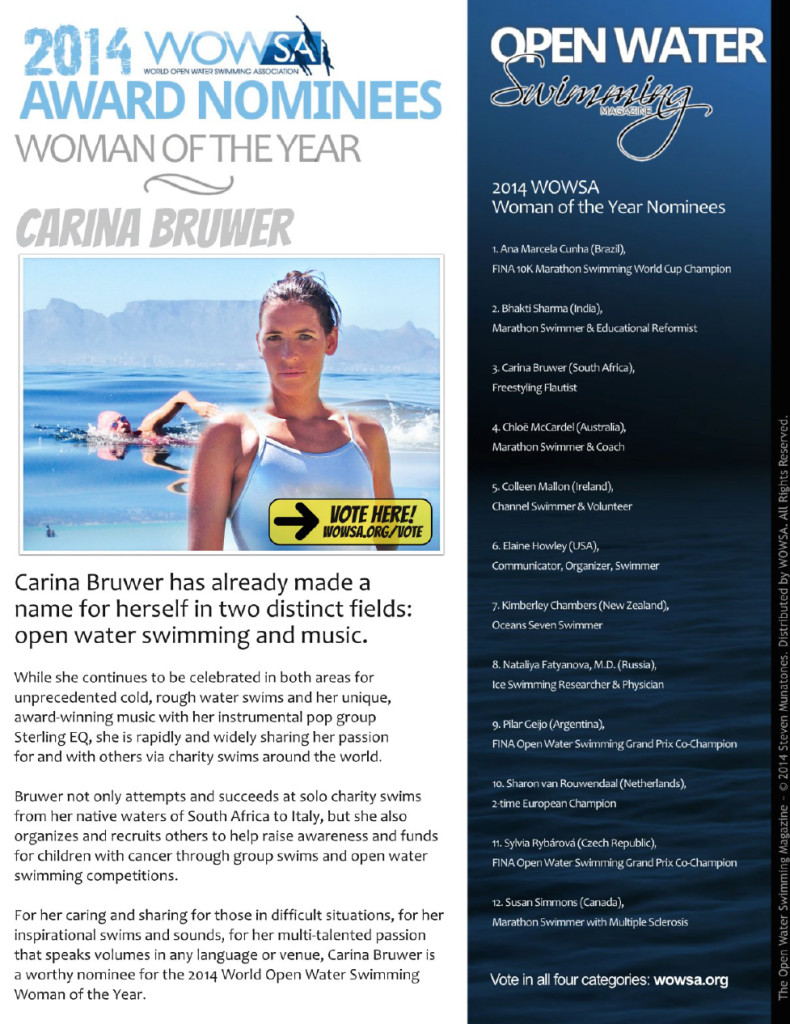